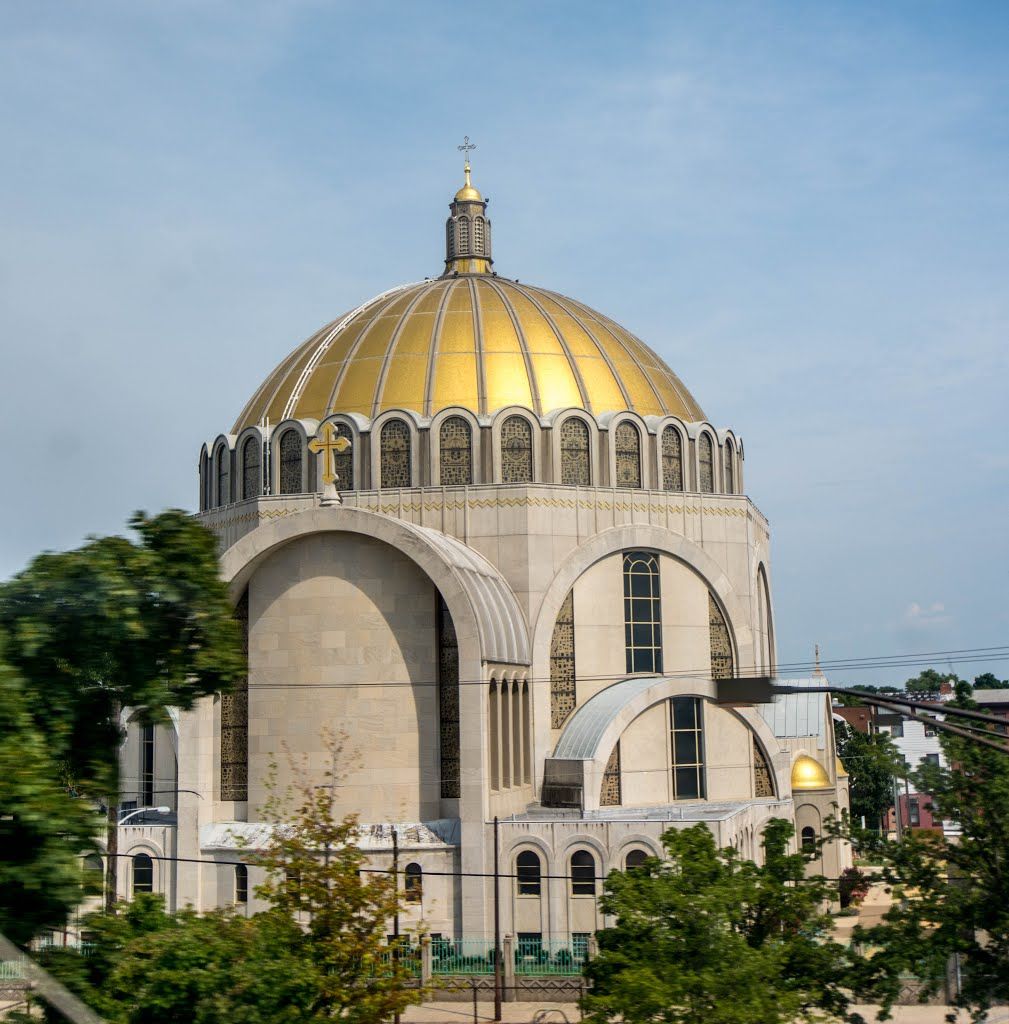 The earliest Ukrainian immigrants to Philadelphia settled in Northern Liberties between Sixth and Seventh Streets, south of Girard Avenue. Immaculate Conception parish was established in 1886. The cornerstone for the new church was laid on October 16, 1966 and it contains a stone from St. Peter‘s tomb that Pope Paul VI gave to Archbishop Ambrose Senyshyn.

The cathedral was designed by Julian K. Jastremsky in the Byzantine Revival style. It was modeled after St. Sophia (or Hagia Sophia now) in Istanbul (Constantinople). The dome’s interior features a mosaic of the Pantocrator (Christ the Ruler). At the base of the dome there are 32 windows. They depict the coat of arms of the regions of Ukraine, the popes, the bishops and the religious orders serving the Ukrainian Catholic Church. The mosaic on the sanctuary wall features the Theotokos (Holy Mother of God). Below the Mother of God is a mosaic of the Last Supper. The Iconostas was designed by Chrystyna Dochwat. In the middle of the iconostasis are the Royal Doors on which there is a depiction of the Annunciation and icons of the Four Evangelists.

Below the cathedral sanctuary is the crypt that contains the earhly remains of the bishops who served the Ukrainian Catholic Church of Philadelphia:

Also located on the basement level is the newly-relocated Museum of Faith staffed by the Missionary Sisters of the Mother of God. The museum was founded by Metropolitan-Archbishop Stefan Soroka, now Emeritus, in 2002. It was established to manifest and preserve the Catholic faith, courage, and determination of our Ukrainian ancestors.  It reflects the roots and history of our Ukrainian Greek Catholic Church in America.  Within the museum are treasured artifacts from numerous parishes within the Philadelphia Archeparchy.  For more information and tours, kindly contact the Treasury of Faith Museum: 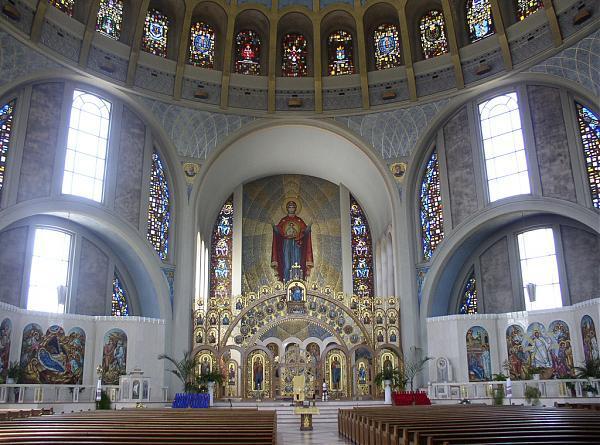