On Tuesday, July 19, Archbishop Gintaras Grušas, President of the Council of Bishops’ Conferences of Europe, and Metropolitan Borys Gudziak, Archbishop of the Archeparchy of Philadelphia, visited the cities of Irpin and Bucha near Kyiv, where they prayed for peace in Ukraine, in particular for the victims of Russia’s war against Ukraine. Metropolitan Borys Gudziak headed the Divine Liturgy at the parish of the Nativity of the Holy Virgin in Irpin. 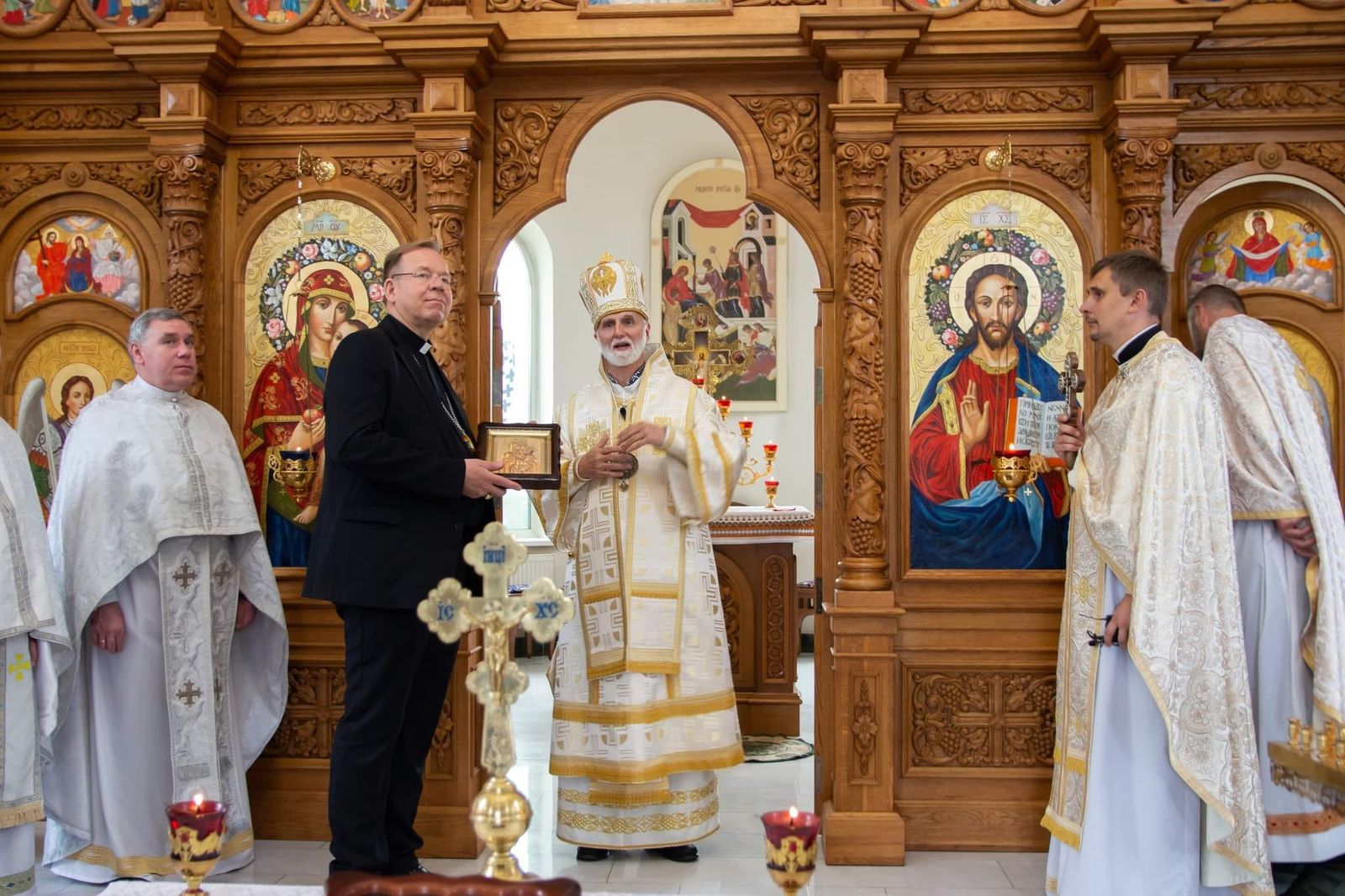 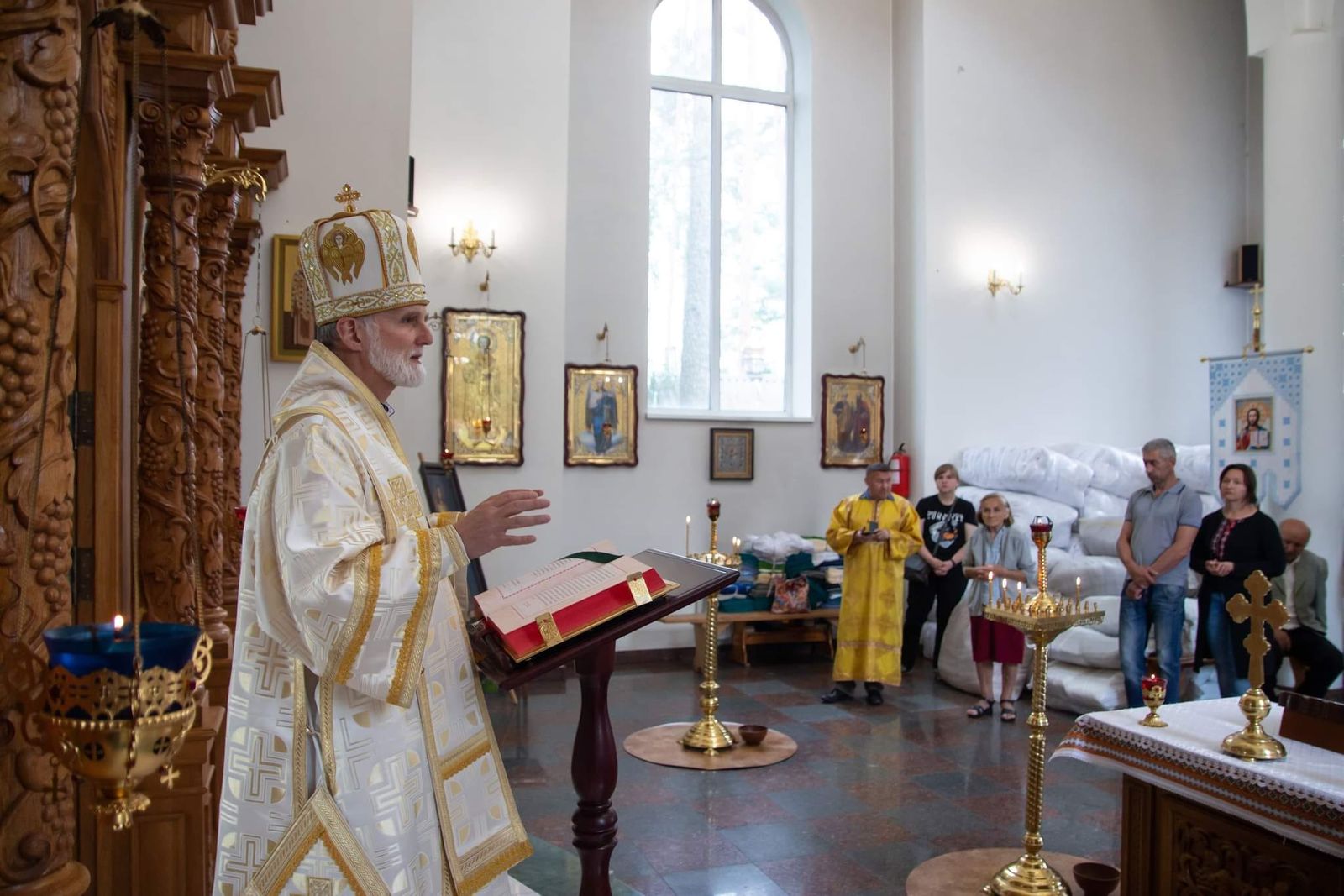 On the Alley of Glory at the Irpin city cemetery and at the mass graves in Bucha, they prayed for the repose of the innocently killed victims. They saw with their own eyes the consequences of the occupation and destruction of the cities by the Russian army during the battles at the beginning of the war in March, talked with the residents, and showed them their support. 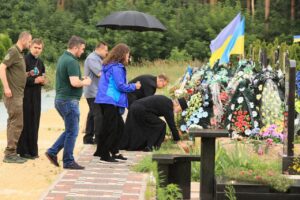 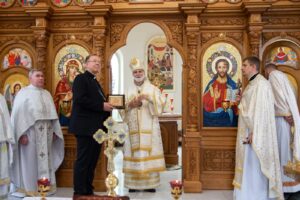 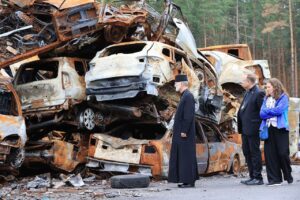 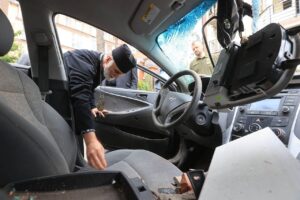 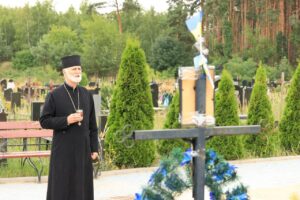 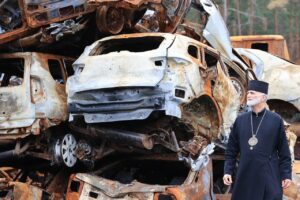 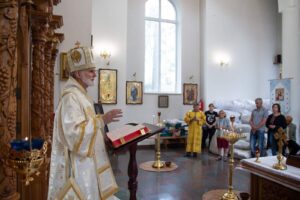 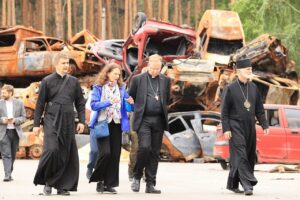