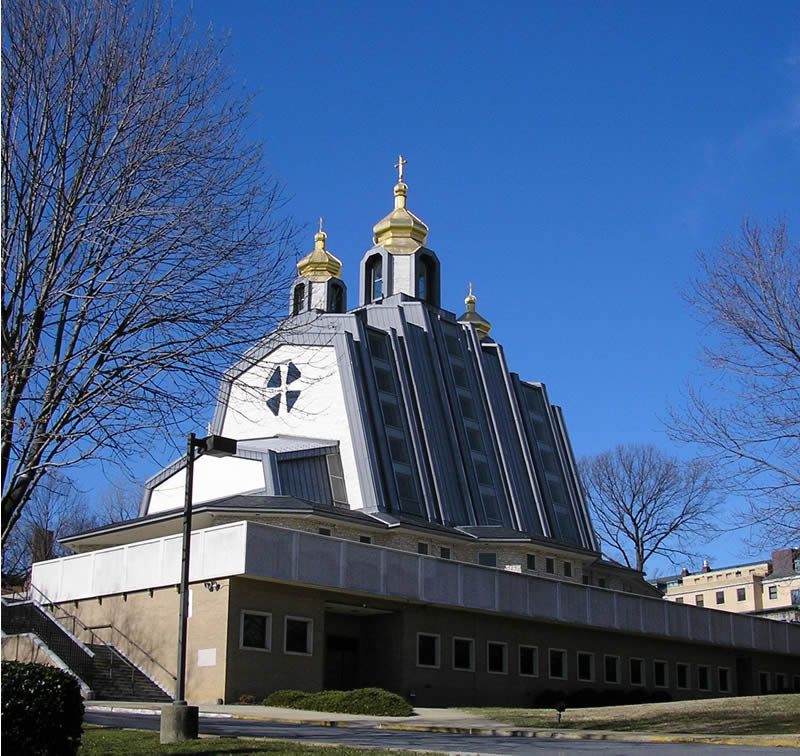 In 1949, Bishop Constantine Bohachevsky appointed the first priest to organize Holy Family Parish in Washington DC. in a desire to meet the spiritual needs of the Ukrainians moving into the Washington Metropolitan area. Prior to that, the nearest other Ukrainian parishes were in Baltimore, Maryland and Manassas, Virginia. On the recommendation of Rev. Vladimir Wozniak, first pastor, Bishop Bohachevsky approved naming the parish in Washington as Holy Family Parish. Rev. Wozniak explained – to overcome all the difficulties in organizing a new parish, and accommodating the displaced persons who were arriving in the Nation’s Capital, he had a special devotion to the Holy Family – and Holy Family it was named.

The parish grew and over the next 30 years relocated its premises four times until it finally built a monumental church on 3 acres of land overlooking the Roman Catholic (now Basilica) National Shrine of the Immaculate Conception. On June 26, 1975, Metropolitan Ambrose Senyshyn wrote a letter to then pastor, Rev Stephen Shawel, C.Ss.R. stating “It was a pleasure for me to hear that Holy Family…acquired.. a site for the building of a new memorial church… We, therefore, believe that the faithful…will want to see in the Capital of Washington a monumental Church of God”.
On November 9, 1977, Bishop Basil H. Losten, the Apostolic Administrator of the Archeparchy of Philadelphia wrote: “I hereby concur …to name your building project – “The Ukrainian Catholic National Shrine of the Holy Family”. 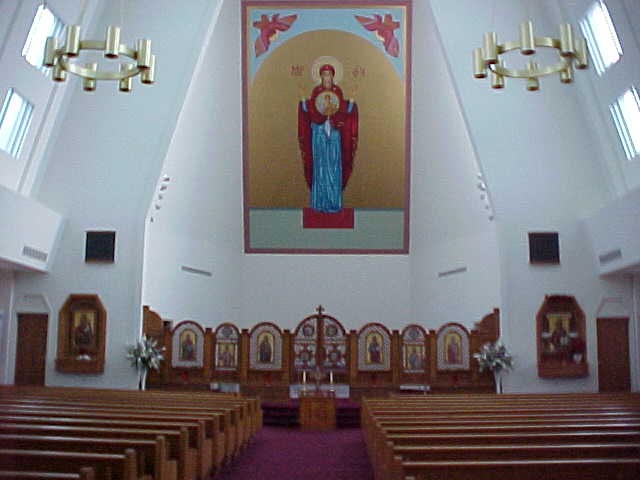 – The dome of the Ukrainian Catholic National Shrine is visible from the observation points of the Washington Monument
– The cornerstone of the Shrine was blessed on October 7, 1979 by His Holiness, (now Saint) Pope John Paul
– Holy Family’s Pastor, Rev. Theodore Danusiar, in November 1963, was one of three clergymen to lead the funeral procession of President John F. Kennedy
– The Shrine hosted President Ronald Reagan on July 24, 1987 for a luncheon.
– Holy Family has hosted the 4 most recent Spiritual Fathers of the Ukrainian Catholic Church: His Beatitude, Josyf Cardinal Slipyj, His Beatitude, Myroslav Cardinal Lubachivsky; His Beatitude, Lubomyr Cardinal Husar; and His Beatitude, Sviatoslav Shevchuk.
– Countless Roman Catholic Cardinals and Archbishops and Bishops have visited Holy Family